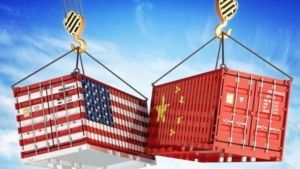 Along with co-sponsors Gilbert + Tobin and Pagefield Global Counsel, Robert Amsterdam of Amsterdam & Partners LLP recently hosted a private breakfast roundtable event in London featuring expert guests to discuss their views on how clients big and small are adjusting and preparing for the transition to a much greater role of China in global leadership. The event was part of a three-city tour including both Toronto and Washington DC. If you were unable to attend, please check out the podcast discussion on the same topic with Chris Flynn on robertamsterdam.com.

Spear’s Magazine, whose editors were in attendance, kindly provided a nice write up over on their website. A brief excerpt of that is below:

Chinese state-owned corporations are out-competing Western companies in many parts of the world and playing by different rules as Beijing flexes its muscles globally – that was the warning from a briefing this week, led by Spear’s columnist and international lawyer Robert Amsterdam.

Leading a penal discussion with legal and public affairs professionals with a worldwide expertise, Amsterdam warned that China’s economic heft and political backup was changing the rules of engagement in trade and undermining civil society and rule of law.

‘One of the most important things to understand about China is its historical memory,’ Amsterdam told the audience at the talk, ‘Transitioning to Chinese Hegemony’ held at the Lanesborough. ‘When Mao Tse-tung said in 1949 that it was time for China to stand up – it was time to stand up from 100 years of repression from the West; time to stand up from a period of time when 35 million Chinese were murdered by the Japanese; time to stand up from a period of time when the Opium wars infected the country with opium addiction so that the West could balance its trade. Living memory today in China of their history animates every action of which they are engaged. To truly study China one needs to understand that in the West, history and the future are seen as separate, but in China they are seen as part of one path.’

The cancellation this week by the Trump administration of the 1987 Intermediate-Range Nuclear Forces treaty with Russia was part of the US’s efforts to ‘up their response to China in the South China Sea,’ he added. ‘Trump’s trade war is much more than a trade war,’ Amsterdam declared. ‘You need to understand how grounded the Chinese reaction to this is in all their history.’

‘Lenin was right when he said that foreign policy follows domestic policy,’ said Amsterdam, noting that the concerted projects like Belt and Road were a response to Chinese economic overcapacity, and designed by Beijing to ensure that growth would remain above 6 per cent a year, the benchmark at which China’s elites believe the political status quo will prevail.